The promotional tour of the United States concludes with a noticeable sales success, reinforces former customers loyalty and opens up new markets for A Coroa.

Represented by our commercial director Cefe Fernández, an extensive promotional tour of the North East Coast was completed from the past January 20 to February 2, visiting 8 cities from 5 states.

In words of our commercial director “ we value the impact of the tour as very positive, since in adition to reinforcing our trade links with former customers, we have presented the godello variety of our A Coroa wines and 200 Cestos to those who did not know them, achieving a remarkable increase in sales during the visit ”.

Besides reinforcing our presence in the wine list of outstanding restoration centers with very Spanish proposals in their menus, this visit has brought the variety to American cuisine restaurants where, as Cefe says, “ wines have stood out for their textures and flavors ”, adding that “ these visits are very useful to transmit in a more personal and direct way the characteristics of quality and exclusivity of the wines that we elaborate in A Coroa ”. 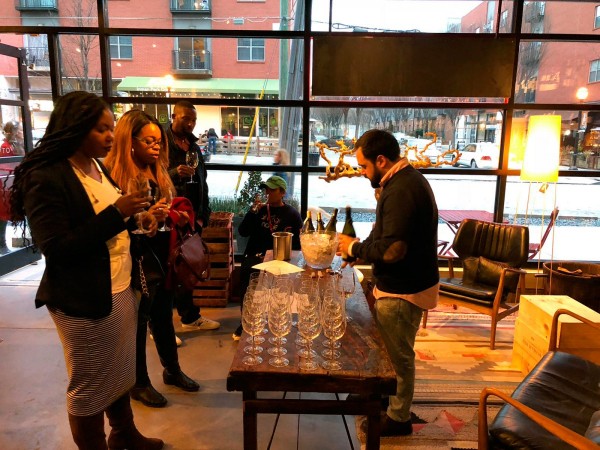 New York, Baltimore, Washington D.C., Chappel Hill, Ashville, Atlanta and Savannah were the cities chosen for the presentations, giving the possibility to personally show the godellos to customers of several HORECA centers.

A Special mention deserves the visit to the restaurant Cúrate, in Ashville, where A Coroa has been offered in the menu for almost 8 years now, and in which we enjoyed of an exceptional Spanish dinner thanks to the chef Katie Button, a former member of prestigious restaurants as are El Bulli and José Andrés.

The same formula was used at the restaurant ACME, Chapel Hill, where chef Kevin Callaghan was in charge of pairing our godellos A Coroa with his American gastronomic proposals, delighting a full room of select diners. 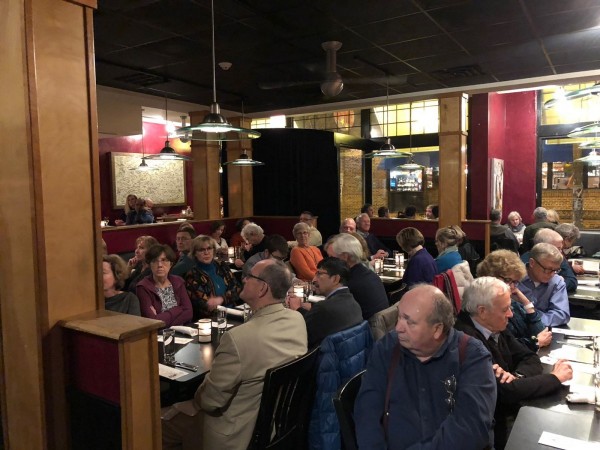 And to close this chronicle of the travel, we want to thank our import and distribution team in the United States, led by André Tamers, for all the affection, closeness and exquisite treatment that we have been given during the whole tour. All these attributes that they share with their customers, are of outmost importance so that business relationships are extended over time in a manner that is beneficial to all parties. We would also like to express our special gratitude to the members of De Maison Selections team, Andrea Fullbright, Steven Alexander, and Philip Broom, that accompanied us during the trip.

A Coroa has been positioned in the North American market since 2010, earning notable mentions from then on in important media such as: Best Godello for the United States by “The New York Times” – (blind tasting – 2012-); Special mention in The Boston Globe (2014); Special mention in San Francisco Examiner (2014); or the most recent selection of Godello A Coroa as one of the three godellos recommended by The New York Times– (2017).

Get to know our awared wines

SAVE & ACCEPT
Are you 21 or older? This website requires you to be 21 years of age or older. Please verify your age to view the content, or click "Exit" to leave.